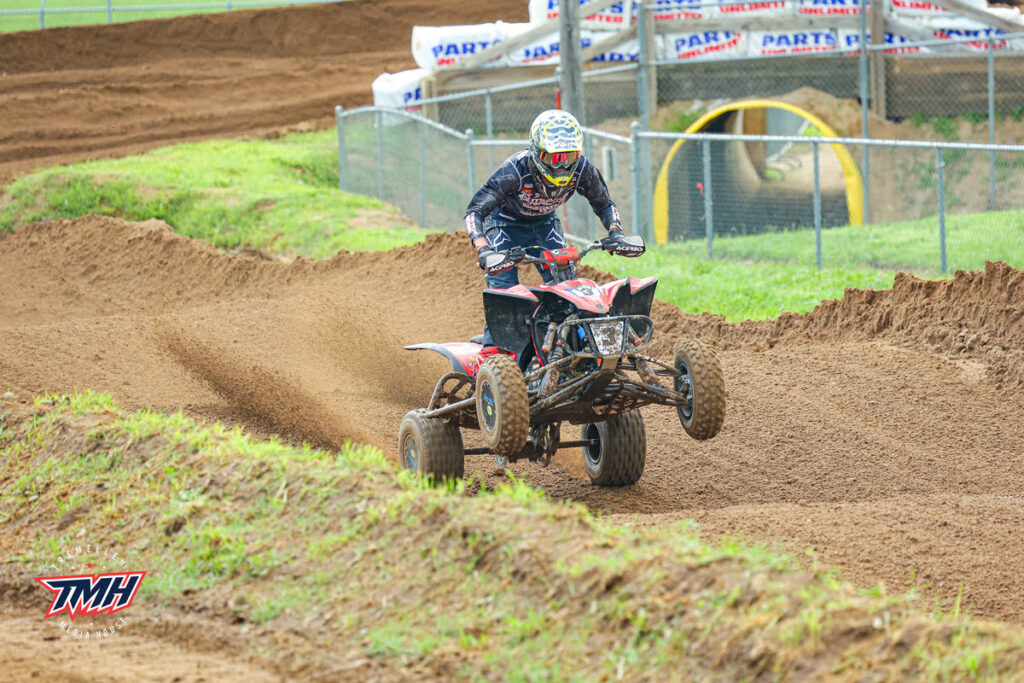 Production A
After a tough jump off the line, around eighth, Londerville went to work making several passes on the first lap before climbing his way into first. After he moved into the lead, he continued to push his pace. He set the fastest lap of the race at 01:53.798 on Lap 3, and then began his cruise to a win.

In Moto 2, the Wisconsin-native got a great start, narrowly missing the holeshot. However, he quickly snagged the lead spot within a few turns and pulled a gap on the rest of the field. He settled into the first-place spot for the remainder of the race. His 1-1 finishes earned him the overall win at Round 9.

450A
With increased entries in 450A, the races were split into divisions. In his first race, Londerville pulled the holeshot and led until the second lap. Encountering a mechanical issue which only allowed him to run at half-throttle, Londerville had to settle for fourth place.

In Moto 2, he put his Yamaha YFZ 450R into the first-place spot by the third corner and maintained the lead for the remainder of the race. He also set the fastest lap of the race, a 01:48.283, at the midpoint. His 4-1 results not only allowed him to capture second overall but also claim the championship one round early.

In Jayden’s words “Overall, it was a good weekend,” said Jayden Londerville. “I could have minimized a few mistakes in the longer motos, but I feel like it was a decent points weekend.”

Londerville has claimed the 450A class championship early with seven podium results this year, and has overtaken the Production A points after earning his fourth win of the year. Londerville now sits third in Pro Sport headed into the final round.

The 10-round series continues on August 13-14 at Loretta Lynn Ranch in Hurricane Mills, Tennessee.